The Saltwood Run has been held for many years on Boxing Day.  Large numbers of runners turn out to run off some of the Christmas dinner.

North Kent MNDA have been a recipient of funds from the run for many years.  We have received a cheque for £2,500.00 from funds raised at the 2018 run.

Thanks to Ross Sansom and the team organising the Saltwood Run and to all the runners who efforts over many years have raised substantial funds to support people living with MND in East Kent.

Many thanks also to the Members of Rotary Club of The Channel for their continuing support over many years.  We received a cheque for £250 for the run in 2018.

Huge thanks to everyone involved in the Fun Run:  The Runners, Ross Sansom and his team, Rotary Club of The Channel and everyone who donated. People living with MND in East Kent and MNDA East Kent are very grateful for your continuing support.

There were 36 diners and we all enjoyed a well prepared and presented 3 course meal by the staff of the Yarrow Hotel.  The food was excellent and heartily enjoyed by everyone present.

We had the honour of having Richard Coleman, the Chairman of our Board of Trustees as our guest.  Richard gave a short speech about the history of the association and where it is going in the future, which was very well received.

Richard made presentation to Katy Styles and Clive Hudson for service to the association.

We had been donated a 4 Ball Golf Prize for Goodwood and we duly auctioned this.  Pat McCabe won the bidding with a donation of £100.00.

Adrian Powell made an impassioned plea for diners to either join our walk to D’Feet MND on May 18th or get their friends to do so. See www.mnda-eastkent.org.uk/walk19

We ended with a raffle, which is always fun.  It is a joy to watch the anticipation of our young diners. Thanks to all our members who contributed prizes.

Thanks to everyone for coming and special thanks to the staff and management of the Yarrow Hotel, who made us feel very welcome. f

We had 53 diners at our annual Christmas Lunch at the Yarrow Hotel, Broadstairs on Saturday 8th December.

We had an excellent meal, beautifully served by the staff of the hotel, who as ever were excellent.

During the course of the lunch Katy Styles MNDA Trustee awarded a 25 year award to Hazel Izzard (Watts) for her service to MNDA in East Kent over the past quarter century.  Hazel has retired from our group  and we gave her a beautiful bouquet in recognition of the incredible work she has done to support people living with MND in East Kent.

As in previous years we had a superb raffle, with prizes being bought along by many diners and we had lots of fun drawing the raffle and the children present certainly had fun collecting various prizes.

We would like to thank the Yarrow Hotel and their wonderful staff, all raffle donors and everyone who attended for making it such a splendid lunch.

We wish everyone a wonderful Christmas and a good 2019.

We will be holding our third Coastal Walk to D’Feet MND on Saturday May 18th 2019.There will be three walks, the first  from Whitstable to Broadstairs , the second  from Birchington Minnis Bay to Broadstairs and the third from Margate to Broadstairs.  All will end with refreshments at The Wrotham Arms, Ramsgate Road, Broadstairs.There is an entrance fee of  £10 which includes a tee shirt (collected on the day), training program, detailed plan of walk, and full insurance.  Only registered walkers can walk and they must wear the tee shirt for insurance purposes. 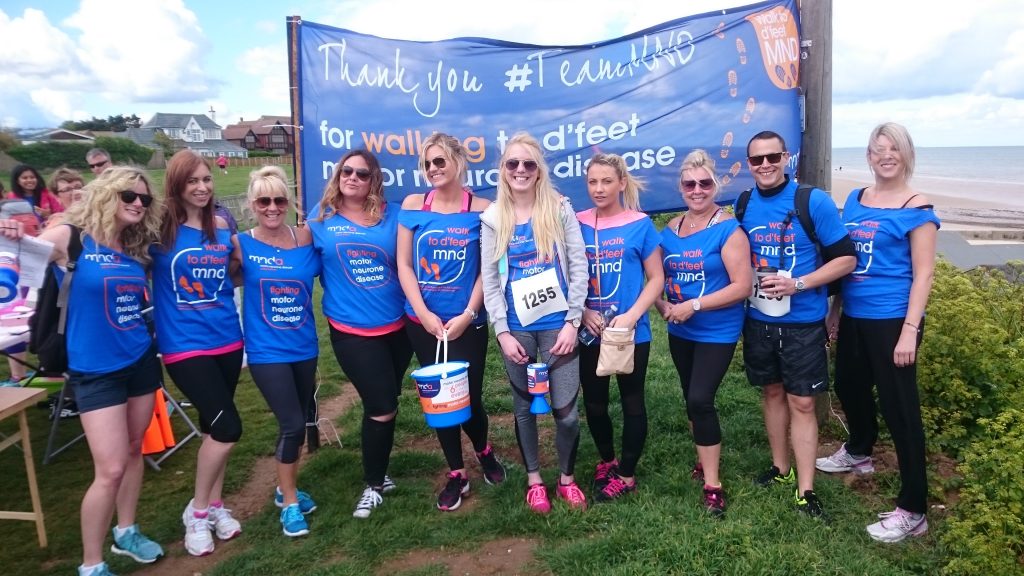 Each walker is requested  to find sponsorship to support people living with MND in East Kent.  There is no obligation to raise sponsorship but all support is greatly appreciated.To register for the walk, please visit www.mnda-eastkent.org.uk/walk2019 , complete the form, then follow the link to Just Giving to pay your entry fee of £10. If you intend to set up your own JustGiving page, we are happy for you to do so. Please select MNDA as your charity and then please mention MNDA East Kent in your story to ensure that funds you raise are used for people living with MND in East Kent.  Once you have set up your JustGiving Page, please link it to our team at www.justgiving.com/teams/coastalwalk2019/join  so we can keep track of the total funds we raise.If you want to make a donation in support but not register please visit our Donations PageShould you experience any difficulties please email webmaster@mnda-eastkent.org.uk

The route is shown on the map above. Training programs for the walks, the Walk Plan, sponsorship forms, posters and flyers can be downloaded below:

We  thank our sponsors, with whose help we are able to raise substantial sums to help people living with MND in East Kent.

The day was overcast but dry, ideal conditions for playing football.

48 teams played several matches each seeking to win the coveted Champions Cup, the cup was won by Macklands with ISS winning the Consolation Cup.

The chosen charity for the day was MNDA in Kent, with all proceeds to be shared amongst the branches and groups in Kent.

Through various activities on the day and raffles, Pearson Whiffin raised over £5000 to support people living with MND in Kent.

MNDA East Kent warmly thank Rob Pearson and his team for organising this wonderful event and raising funds to support people living with MND in Kent.

Please support our sponsors by visiting www.pearsonwhiffin.co.uk for all your recruitment needs.

Our Christmas Lunch for 2018 will be held on Saturday 8th December at the Yarrow Hotel, Ramsgate Road, Broadstairs, CT10 1PN. We will meet at noon for drinks and lunch will be served at 12.30.

Our booking form can be downloaded by clicking here http://mnda-eastkent.org.uk/pdffiles/ChristmasLunch18.pdf

Our menus is shown below.  We look forward to seeing friends old and new. 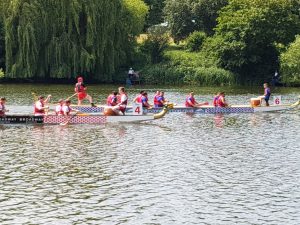 East Kent entered a team in the KM Charity Group Dragon Boat Race. Our team was made up of members of the Lawrence family from Folkestone. The team were entered into three races, impressively winning two and coming second in the third race.

In our final race, we were pitched head to head with the team from MNDA Mid Kent,   who were the fastest team on the day.  It was a very close race, we managed to beat Mid Kent but due to their faster times in earlier races they went through to the finals. Congratulations to the team of MNDA Mid Kent! 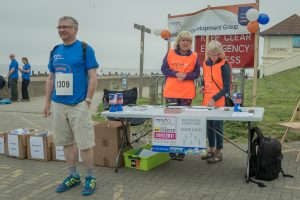 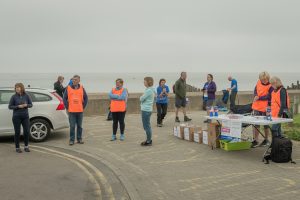 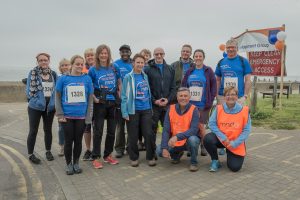 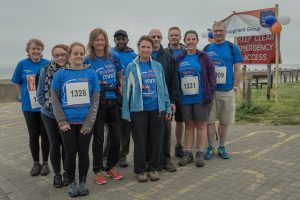 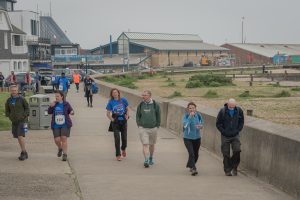 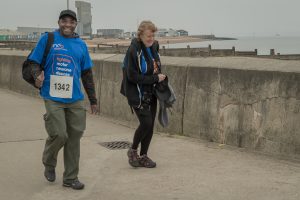 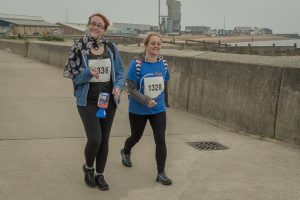 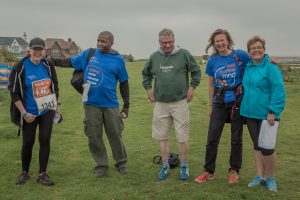 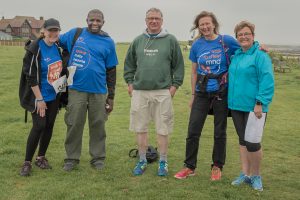 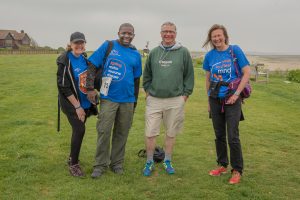 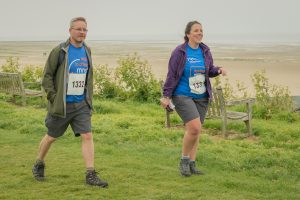 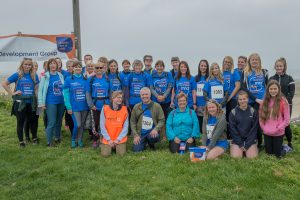 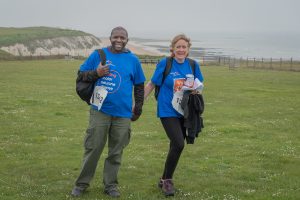 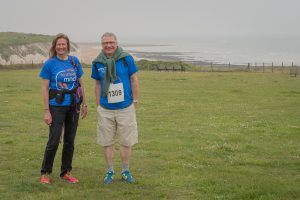 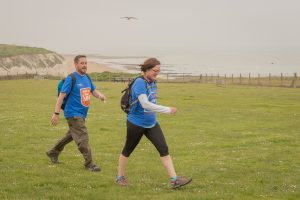 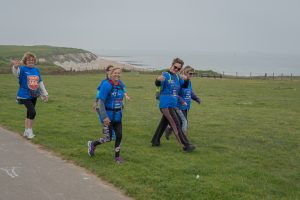 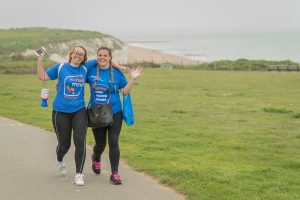 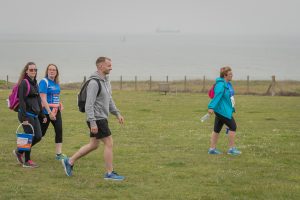 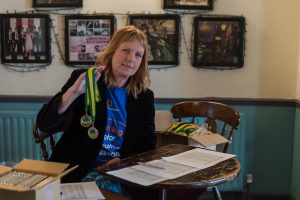 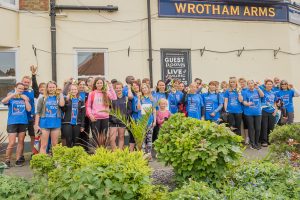 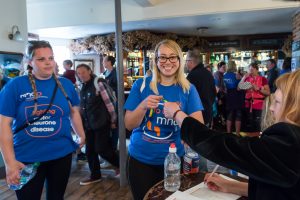 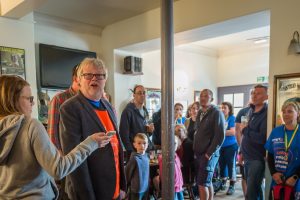 MNDA East Kent has entered a team into the Dragon Boat Race at Mote Park Maidstone on July 1st 2018. 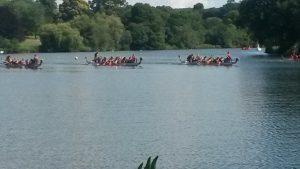 Our team will comprise of up to 17 members and will row at least 3 x 1000 metre races. The team competed last year winning both races they entered and we look forward to greater success in 2018.

We will  be holding a support picnic for our members and members of the other Kent Groups. We hope there will be a great turn out to support us and enjoy a great picnic in we hope, glorious weather.

We hope to raise some funds from this day out and ask anyone who wishes to support our efforts to visit https://www.justgiving.com/fundraising/dragonboatrace-eastkent and donate what you can.

Huge thanks from the MNDA East Kent Dragon Boat Team and to all our supporters.

The Wealden Business Group have supported MNDA East Kent throughout the past 2 years, organising 3 major fundraisers, as well as weekly collections.

More than 60 people attended a race night in the Little Silver Hotel.  This was a thoroughly enjoyable evening and raised a considerable sum for MNDA in East Kent.

A Murder Mystery Evening at Little Silver Country Hotel in Tenterden. The case was The Curse of the Willoughby Diamond. The evening started with champagne followed by an excellent 3 course meal to die for!! During the meal the actors presenting the murder mystery developed the plot of the murder and murder w

The  Black Tie dinner and charity auction held at The Little Silver Country Hotel, Tenterden on Saturday (17 March) raised more than £4,000.  The event, which included a fizz reception, auction of promises and disco was in aid of the Motor Neurone Disease Association.  The dinner marked the culmination of two years of fundraising for MNDA by the Wealden Business Group.

The grand sum raised by these events was  £10,579.81 which was presented to Clive Hudson, Chairman of MNDA East Kent Group on April 18th, by Martin Tickner.

MNDA East Kent would like to thank the members of Wealden Business Group for  their generosity and support.